I hadn't heard that song for years, but I heard it yesterday, performed by four members of the Lyon Street Celtic Band in the Smithvale Stables barn or Banquet Hall, as it's called on the website. We were there with some diplomats and their families, in order to "celebrate" wintertime. Outside in the cold, the horses helped to make this fun, pulling their wagon loads of excited non-Canadians across the frozen fields. The horses were wearing special shoes to stop them from slipping on the ice.

We had organised a similar event both this time last year and the year before.

At the departure point for the sleigh rides there's a bonfire with hay bales to sit on, where marshmallows were being roasted. Some people sit there to put on their snowshoes. 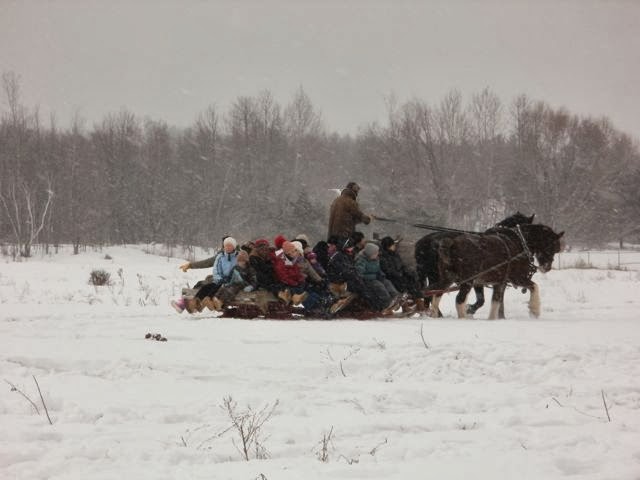 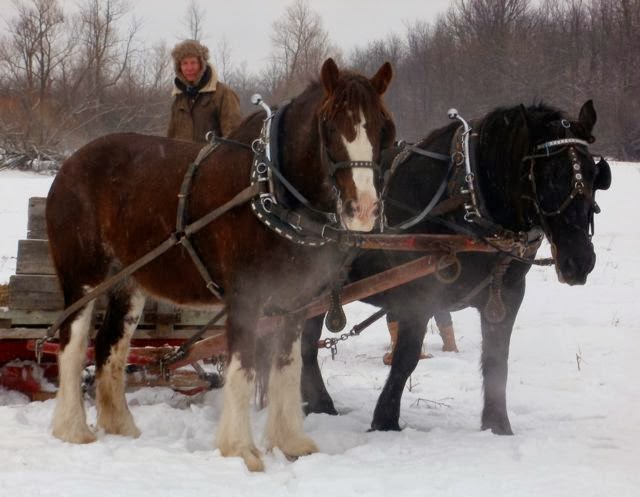 These three ladies were snowshoeing for the first time: 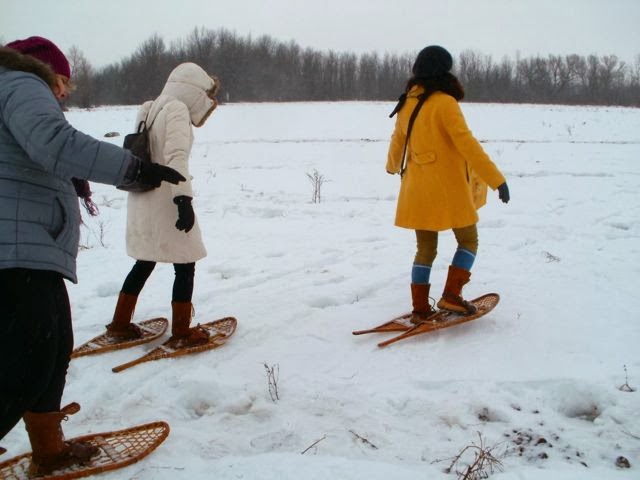 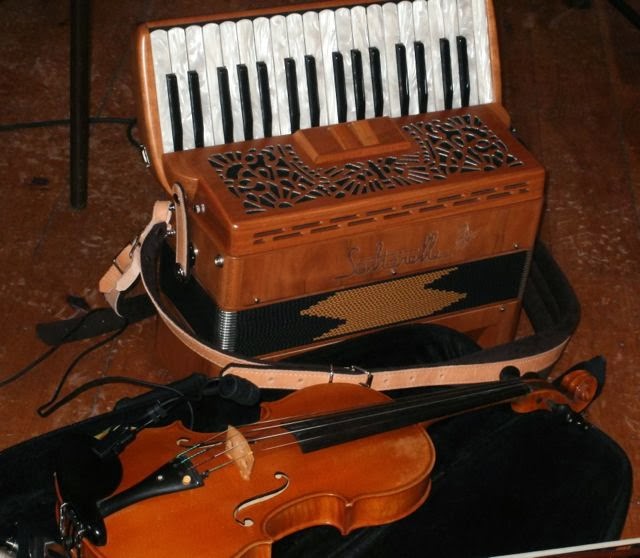 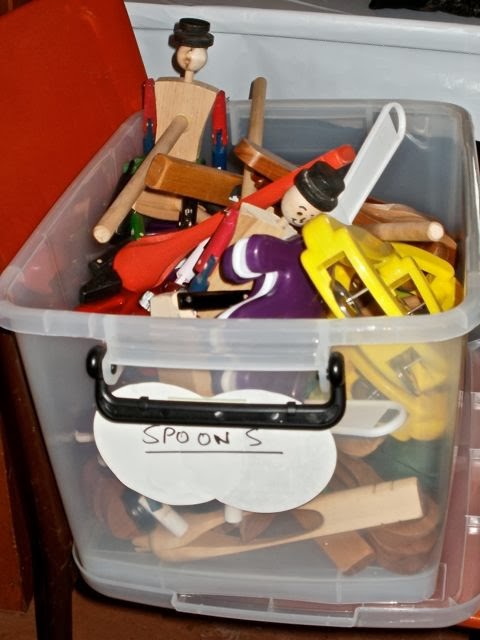 Back in the barn Lois was choosing some clappers from the Spoons box the musicians had brought along, as a percussion accompaniment. As the music was being played, the diplomat families and we, their Canadian friends, helped ourselves to bowls of hot chilli and soup, served with plates of sandwiches (I'd made some of those) and cups of hot chocolate. We ate this lunch sitting on the long benches, the children milling around and talking to one another in English, the only language they had in common.
Posted by Alison Hobbs at 9:26 PM